Latino-Hispanic Heritage Month 2016 is here, and HealthConnect One is honored to amplify the voices of our Hispanic and Latinx allies, as they share about changes they are making in their lives and communities.

Hi. My name is Laura and I have been a Breastfeeding Peer Counselor for 24 years.

In August of 1989, I found out I was pregnant. Along with all the flurries of emotions from family and friends going crazy with the prospect of a first baby in the family, I had one thought in mind: I was adamant I was going to breastfeed.

Now that may not sound radical to you these days but in 1989, I had no role models for breastfeeding. My mom was a product of the 60’s when formula was “better” than breast. None of my friends who had babies breastfed. Of all my cousins I talked to in Texas and Mexico (yes, Mexico), only one was breastfeeding her firstborn. On my in-laws’ side, they all said the same thing “my milk dried up after 3 months!” They weren’t very encouraging. 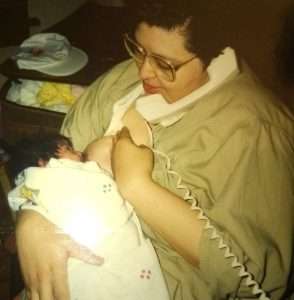 I loved breastfeeding, my baby girl loved being breastfed, and I didn’t want to stop but I did. I buckled under the pressure of the non-stop judgement: “Oh, you still have milk?” or, “Do you think the baby is getting fed enough?” You all know the remarks. I stopped at 11 months. Neither of us was happy.

When my daughter was 18 months I met this woman at Alivio Medical Center in Pilsen. She asked if I wanted to be not just a Breastfeeding Peer Counselor (BPC), but be in the very first Spanish-speaking BPC group with the Chicago Breastfeeding Taskforce (now called HealthConnect One)! Of course I immediately said YES!!

Every week, I went to training until I got my certificate. I was so proud, and then came the hard part: What do I do with it?? During that time, there weren’t very many opportunities for employment. We all did a lot of volunteer work while we waited for hospitals and clinics to realize they needed us.

I loved volunteering at Cook County, helping all the new moms and giving them the support and help no one else was giving them. I went to meetings and conferences. The more I learned, the angrier I became that breastfeeding was not the norm. How the formula companies would manipulate moms into thinking their milk was not good enough! How no one really told us about all the wonderful and miraculous things breast milk contained. 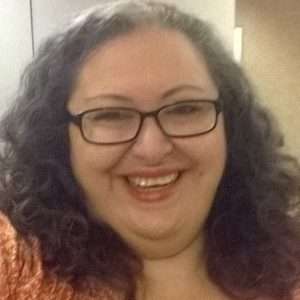 Then one day, I was offered a job at W.I.C. as their first Spanish-speaking Breastfeeding Peer Counselor – with the first nursery, Spanish-only classes, and bi-lingual support groups in the state of Illinois. Huge responsibility! It was the proudest day of my professional life! I finally was able to share everything I knew about breastfeeding and help a lot of moms at the same time.

Believe me when I tell you that just because I worked with Latino mothers, that didn’t mean I had it easy; a lot of them were so influenced by their doctors and family to use formula since W.I.C. was “giving it for free”! But I did it!

I accomplished so much that year. One of my moms was on the “Cristina show” about breastfeeding, and not only was she breastfeeding for a year, but I had helped her start when the baby was 4 months old. One of my other mothers was chosen to be on a city-wide billboard even after her husband was not very thrilled about it. Even the smallest of victories — like having a mom breastfeed her 9th child when her husband was telling her not to — made my job so worthwhile!

Unfortunately, after a year, I was offered another job doing something very different and I left. Over the years, I never ever stopped being a BPC. I have consulted over the phone to Spain and Mexico. I’ve used Skype, texting & emailing, as well as the old-fashion face-to-face. For me, being a Breastfeeding Peer Counselor has always been a mission to make sure babies are given the best start possible … and to make sure moms are given the support the need with correct information to make the right choice for them. 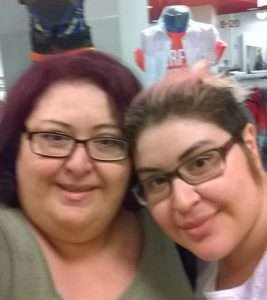