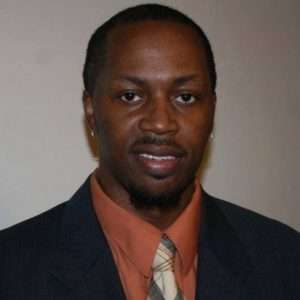 This guest post is the fourth in a series leading up to HealthConnect One’s National Action Summit, “Racial Justice or Just Us? in Birth and Breastfeeding,” intended to encourage open,  thoughtful dialogue about finding or not finding, working or not working towards racial justice during the vulnerable time of birth and breastfeeding.

I’ve witnessed the racial divide, first-hand, on many occasions. Once I was surrounded by the Klan and another time by a group of self-proclaimed “skinheads.” Both of these incidents took place in different regions of the US and at different times in my life. I was the son of a military man, so moving became a mere fabric of my existence and living in places like Alaska and Reading, PA often afforded me the uncomfortable opportunity of being the lone Black child in an entire school.

I am a breastfed child and now as an adult, I often ponder the conversation that may have taken place when my mother was pregnant with me. A 20-year-old Black woman, living in Japan, in 1972. What advice was shared with her? Who engaged the subject of breastfeeding? Was it a health care provider? Was it her Doctor? Was there a first-time parents support group available for her? The answer: None of the aforementioned. It was my grandmother who instilled the foundation from early on, and my father who encouraged and supported her. My mother told me of how there were white doctors and nurses who gave her some of the strangest looks and kept asking her if she was “sure” that she wanted to breastfeed.

Fast forwarding to 2013/2014, I can count the multitudes of conversations I’ve had with both white and non-white families on how assumption plays a major role in how healthcare providers approach the family of a soon-to-be new mother. On most occasions, when it comes to breastfeeding, the white families were approached as if they were already in the know, the father was ready to support 80-100%, the mother/mother-in-law was coming to help for three months…etc., etc. While the non-white families were usually approached with bottles and formula already arranged for them, with no mention of breastfeeding at all. I’ve heard testimonies of non-white families telling both the doctors and nurses that their goal was to breastfeed and yet the free formula was still carted into their rooms.

Why is this? Why is it assumed, on either side of the coin, that the mother/family is aware or unaware? For what reasons, other than prejudice, are a mother’s/family’s wishes not to have formula in her/their room dismissed? Why isn’t it protocol for every mother/family to be afforded the same information regardless of insurance, last name, ethnicity? It’s just information, right?

I have five children, two under the age of five, so I’m allowed (and delighted) to watch all of the cartoony toddler channels and the programs they offer. Watching these shows also allows me to see commercials for everything from cleaning products to infant/toddler formula. I’ve happened to notice that rarely are there any non-whites in the formula commercials. It’s usually a focus on white families with a splash visual of a non-white family. Which brings me to wonder: Why? If the healthcare providers and hospitals are mostly promoting formula to non-white families, then shouldn’t the formula commercials do the same? In actuality they do, ever since the civil rights movement; sublime messaging in the mass media has been a profitable marketing strategy. Promote as a “white” product and bingo — every other ethnic group will want to use it, too…because if white people are using it, then it must be good.

How can we change this thought process, to insure the best health for all babies born in the U.S.?

V. Kuroji Patrick is an artist who focuses on illustration and photography. He is the co-publisher of the children’s books, ‘This Milk Tastes Good!’ a breastfeeding nursery rhyme, which features an African American family and ‘I Won’t Eat That!’ about an extremely picky eater. Kuroji is also the father of five (two boys and three girls) and he is a community activist who educates others, from expectant teenage parents in attempting to desexualize the female breast to healthcare providers about the benefits of having dad in the breastfeeding conversation.

Mr. Patrick has been asked to work with organizations like the Black Mothers’ Breastfeeding Association, Breastfeeding Mothers Unite and the W. K. Kellogg Foundation in developing short videos about involving fathers more in the breastfeeding process. He has traveled  the country presenting workshops that speak towards supporting and promoting breastfeeding in communities where statistics show a low percentage of breastfeeding families.

In February of 2013, Kuroji received the Liberated Muse ‘heART’ Award, which recognizes a member of the community who has used their creative talents to uplift the community while supporting the transformation of spaces into art places. He was also inducted into the Medela Breastfeeding Hall of Excellence as a Community Breastfeeding Advocate.