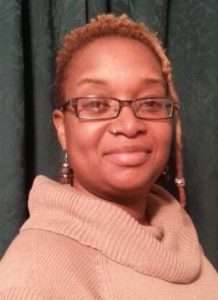 This guest post was initially part of a series leading up to HealthConnect One’s National Action Summit, “Racial Justice or Just Us? in Birth and Breastfeeding,” intended to encourage open,  thoughtful dialogue about finding or not finding, working or not working towards racial justice during the vulnerable time of birth and breastfeeding. It has now become part of a longer reflection – and hopefully dialogue – on racial justice in this country. We hope you will allow Hanifah’s words to stir and motivate you, and we encourage you to share in the comments what brings you hope in the journey toward racial justice.

A mother at the end of her prenatal visit in her 38th week of pregnancy is told by her doctor to admit herself to the hospital the next morning at 7 a.m. to be induced, but (s)he omits that it’s a suggestion.

When she questions why, the doctor tells her that she is 2 centimeters and that (s)he thinks that the baby is big. In fact, (s)he has been telling her this since she was 30 weeks pregnant.

During the last few months of pregnancy, women are particularly vulnerable to the suggestion of having their baby before the due date as the baby grows even more rapidly and their bodies become increasing uncomfortable.

This time, the doctor adds that it’s okay if she wants to wait and that (s)he could schedule her for a c-section if she decides to wait until she is full-term.

Scare tactics are also commonly used to manipulate the pregnant woman’s choice in pregnancy and birth. Nearly every pregnant woman has been told, “You want a healthy baby, right?” when making a choice not in line with the doctor’s desire.

In 2014, we can “choose” where we give birth, “who” will deliver our babies, “if” we will deliver vaginally or surgically; we even allow doctors to “choose” which day our babies will be born. But what we fail to see is that when you are given a choice between bad and worse, what kind of choice do you really have?

The illusion of choice between lesser ills leaves medical providers believing that poor outcomes experienced by black women are due to:

If you as a black woman ask too many questions, you are classified as non-compliant . . . and the belief that one woman who asks questions during her pregnancy is a “nuisance,” while another — whose only difference is her skin color — asks the same question and is “fully engaged in her healthcare” is a form of hidden racism. (Anderson, 2012)

If you are younger, older, Black, Latino, Lesbian, or White delivering at the same hospital depending on the state and/or community in which you live, one woman can have the luxury of a water birth with a low-intervention midwife in a hospital setting and a doula in attendance. In the room adjacent to her, there may be another woman who isn’t allowed to move from her bed because she is being “monitored” and is attended by a student doctor who has never seen a woman laboring out of bed. Four rooms down in this same hospital, there may be another woman who was arrested for her inability to pay traffic tickets and is now serving time while pregnant. She may find herself shackled to the bed during labor and unable to touch her baby who is removed into state custody immediately following birth.

If policies are to work for the benefit of communities of color, those communities must have the power to define, advocate for and then be engaged in their implementation. (Sen, 2013)

What do we want? Justice! When do we want it? Now!

Fortunately, we are blessed with leadership organizations like HealthConnect One, the International Center for Traditional Childbearing (ICTC), and Reaching Our Sisters Everywhere (ROSE) to name a few, that are training women as community health workers, doulas and breastfeeding peer counselors, whose primary focus is to improve birth and breastfeeding outcomes in under-served communities by increasing the pool of birth workers who are from the communities they serve.

These organizations are providing health education opportunities for young people and empowering untapped community leaders, creating cohorts of promise. The idea is to create a “new normal” in birth and breastfeeding that removes roadblocks to care, that refuses to allow racism to proliferate, and stops fear from ruling the choices we make during pregnancy, birth and beyond.

We should be moving towards justice, but not for just us…“As the U.S. is a powerhouse of marketing, more impressionable regions are adopting these practices, despite the overwhelming evidence that the U.S. approach to childbirth is seriously flawed.” (The “Business” Of Birthing, n.d.). If we want to see changes in the health of our communities any time soon, we are going to have to take responsibility to save ourselves!

Midwives like Sondra Abdullah, CNM who provide trainings in countries like Ghana . . . women like Kathryn Hall Trujillo, MPH, founder of the Birthing Project: The Underground Railroad for New Life, which improves birth outcomes for women of color, and is gathering equipment for communities in Belize and beyond . . . Reproductive Justice Movements working to remove shackling laws for incarcerated women and obtaining justice for those sterilized without their knowledge . . .  Mobile Midwife in Miami, expanding birth justice with storytelling, popular education, and community organizing to improve access to midwifery care . . . new organizations like BeautifulOnes GA, a non-profit community-based doula program serving metro Atlanta, providing supportive services for the whole family.

There are new coalitions of birth workers bringing together doulas, public health professionals, midwives and doctors of color, each developing programs to improve health and birth outcomes for women in their respective communities … and although we still have lots of work ahead, I am excited for the future and the promise it brings.

I am hopeful, knowing that one person can have a lifelong impact on a community at the very moment that a family is being born, and that there are now cohorts of young women birthing without fear, who are breastfeeding their babies. These young women will carry the knowledge they acquired and share it with their children, family and our community!

Their success is all of our success!

Connect with us on Facebook or Twitter and tell us: What makes you feel hopeful? Where do you see success?

The “Business” Of Birthing.

Hanifah Rios trained as a Direct Entry Midwife at Maternidad La Luz and has provided support to families who consider home birth as a viable option. Hanifah worked as Lead Doula and Program Manager of a Community-Based Doula program at Families First in Georgia until 2012. She played a valuable role in normalizing the “non-medicated birthing experience” for many young women.

It has always been Hanifah’s mission to advocate for and support women and children of all ages who have been traditionally denied equal access to care, free from judgment, regardless of age, race, sexual orientation, education and/or socio-economic status.

She believes that when the new mother feels loved, supported, and validated she will feel confident enough to ask for support and guidance as needed in her new role as mother, and doulas are excellent at providing just that to young women in the communities we serve.

Editor’s Note: Hanifah Rios shared her thoughts on Racial Justice with us in three parts. Click here for Part One and Part Two.